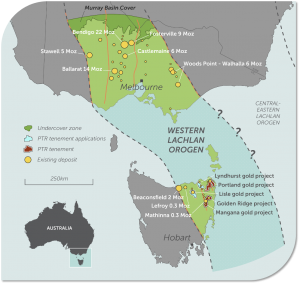 Flynn Gold has an early-mover advantage in northeast Tasmania, where it has identified two priority targets at the Golden Ridge and Portland projects in an underexplored region with geological similarities to Victoria’s Goldfields. Its 1,134km2 landholding across seven 100% owned tenements has given Flynn a dominant position in the region, with potential for this to grow.

Flynn Gold’s work on the Golden Ridge project indicates the project has potential to host a multi-million-ounce bulk tonnage gold deposit, with similarities to intrusive related gold systems such as the 5Moz Fort Knox in Alaska and Red 5’s King of the Hills deposit in WA which has a resource of 4Moz+.

Flynn has identified extensive gold anomalism over 8km of strike within a granodiorite-hornfels contact zone but there has been little exploration in this area to date. We plan to undertake exploration between the Brilliant and Kensington targets in 2021-22.

The Portland gold project is within a historic goldfield mined from 1870 to 1917 and is interpreted to be an analogy to the Victorian geology with high-grade “Fosterville-style” gold mineralisationconfirmed. It has more than 20km of strike potential with multiple exploration targets, and Flynn has completed geophysics and rock and soil surveys to better understand the geology. Costeaning and drilling at the Grand Flaneur and Windy Ridge prospect has confirmed the exploration model at the prospect scale.

In outcropping gold mineralisation at Windy Ridge, trench sampling returned a result of 10m at 5.3g/t gold and grab sample assays returned up to 126 g/t gold from the Big M prospect.

Flynn received Tasmanian Government funding to undertake drilling at Windy Ridge and Grand Flaneur in 2020, comprising six holes for 613m. This returned intercepts of up to 1.4m at 9.7g/t gold at Grand Flaneur.

Tasmania is home to several world-renowned deposits and is rich in diverse mineral resources and operating mines. It has established mining districts, infrastructure such as rail and ports, and a skilled workforce, with a stable political and regulatory environment and is ranked low risk as the 2nd lowest risk state in Australia for mining investment. 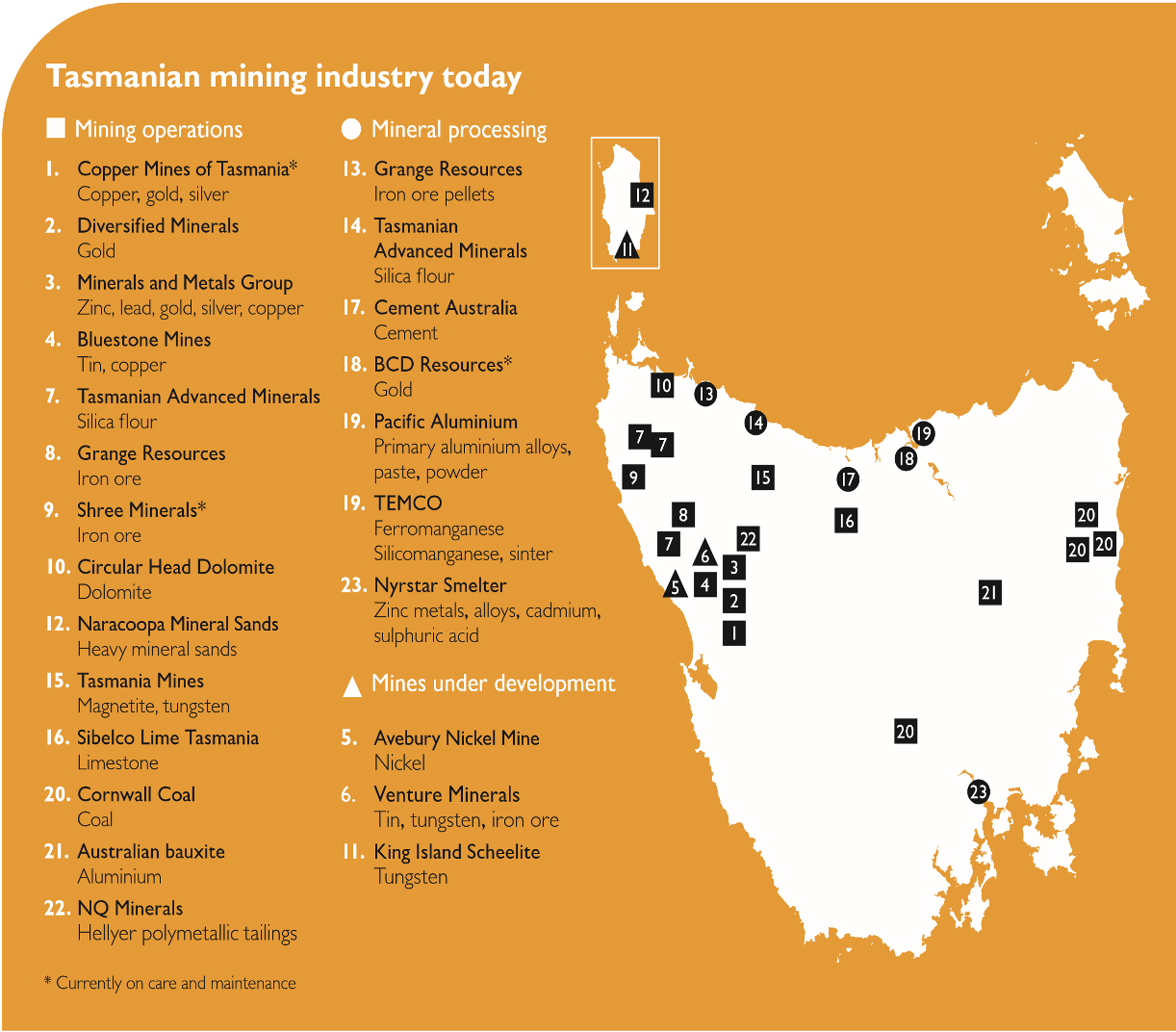